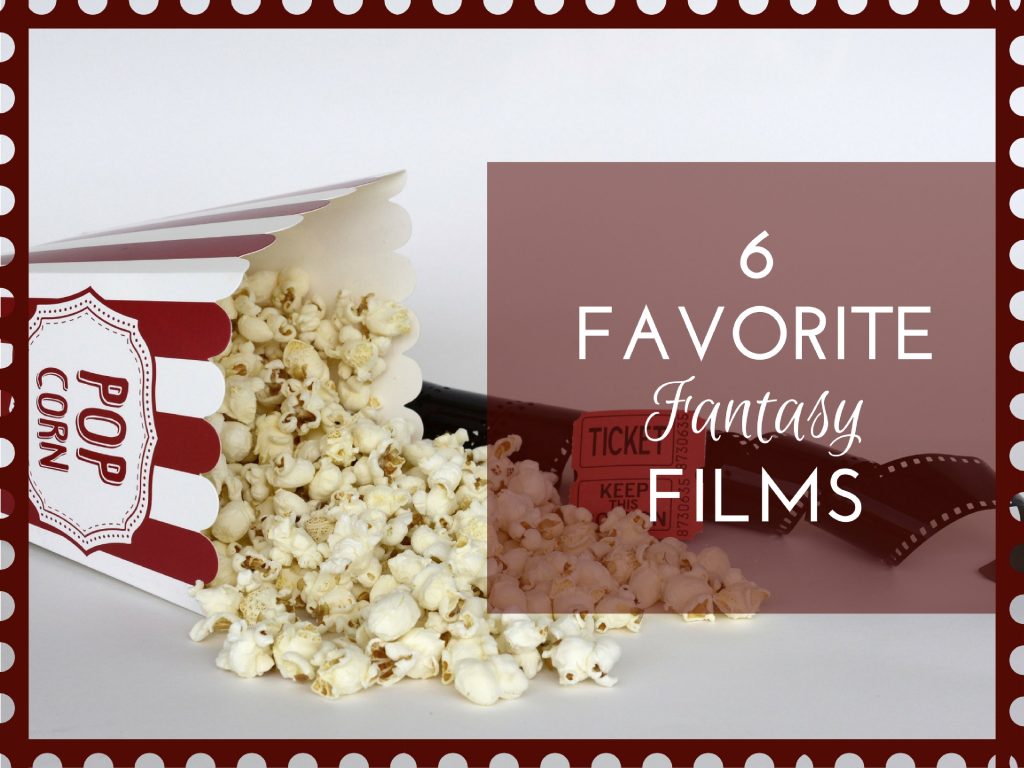 Looking for some fantasy movie recommendations?  Look no further.

Maybe you’ve already read my 6 Must-Read Fantasy Novels, or maybe you’re just short on time and want to get your fantasy fix in under 3 hours.  No problem! I’ve got you covered.

Harry Potter and the Sorcerer’s Stone

Let me go ahead and get this statement out of the way up front: I like the movie better than the book.

Maybe it’s because I watched the movie before reading the book.  The first Harry Potter novel debuted at an odd age for me.  I was older than the young fans and younger than the old(er) fans.  It just wasn’t something on my radar at that time in my life, but after the big to-do surrounding the books, I was curious enough to go see the movie when it came out. In fact, I didn’t get around to reading the book until 9 or 10 years after its original release.  By that time, the movie had shaped my vision of the story, and I preferred that.

The movie does a great job bringing to life Rowling’s lush fantasy world.  The special effects are fantastic, the pacing is superb, and you couldn’t ask for better casting. I’m eagerly looking forward to popping this one in for a movie night with the kiddos in a few years.

The Princess Bride will forever be associated with my middle-school chorus teacher. Mr. Smith, known affectionately as “Papa Smith” by all his students, had an impressive VHS (I know I’m dating myself) collection, and he allowed us to borrow from it over the weekends. If I was quick enough, I could snatch up his copy of The Princess Bride before anyone else, and I did on many occasions.

Yes, this story also appears in my book recommendation list, but the movie is a beautiful piece of art in its own right. And my love for this movie is deep. The humor from the book translates beautifully to the screen, which should be a no-brainer since William Goldman wrote both the novel and the screenplay. “Fencing. Fighting. Torture. Revenge. Giants. Monsters. Chases. Escapes. True love. Miracles.” Everything you need for a great movie night.

Middle school me swooned over Wesley’s and Buttercup’s twu wuv, and, let’s be honest, grown-up me still does.  But be careful sharing The Princess Bride with the young girls in your life! Exposure to this movie in my formative years sparked a life-long crush on Cary Elwes.

Willow is the definition of a fantasy movie.  It has magic, fairies, knights, evil queens, and dragons.  Add the rebellious bad-boy hero/sidekick, Madmartigan and the sometimes good sometimes bad warrior princess, Sorsha, to flavor the mix. And if that wasn’t enough, two words: Warwick Davis (aka, Willow). Fans of fantasy film probably notice this is the second movie on my list in which Mr. Davis plays a role. The man is synonymous with good scifi and fantasy films.

Willow Ufgood is a dwarf who discovers a human child by the river near his home.  He sets out on a quest to find a responsible human to take care of the baby, but instead finds himself taking up the role of her champion.

Willow will take you on a great adventure and leave you smiling at the end.

This was the first movie I ever went to see more than once in the theater.  The first time around we sat on the very front row. Having a snarling, drooling cave troll jump out at you with no buffer between you and the movie screen is something that can’t be forgotten.

The Lord of the Rings is the most EPIC fantasy of any of the other movies on my list. It has everything you want in a classic fantasy movie (read: dwarves, elves, orcs, wizards, and warriors). In this adventure story, a motley group of heroes accompanies two lovable hobbits as they set out on a quest to destroy the Ring of Power. Themes of good vs. evil, sacrifice, and friendship abound. And the best part is, this movie is the first in a trilogy.

This is about as far from LOTR as you can get, yet still fall under the fantasy umbrella. George Banks is looking for a no-nonsense nanny for his two playful children, and Mary Poppins (literally) blows away the competition. She may not be the nanny he advertised for, but she’s exactly the one they need.

You may have seen this movie as a youngster, but it deserves a re-watch as an adult. Grown-up me realizes that the whole story is just as much, if not more so, about Mr. Banks as it is his children. It’s a great reminder that kids are just that – kids. Not miniature adults. And it’s important to embrace them where they are. Plus, it’s a musical, which always scores bonus points with me. 🙂

Who doesn’t dream of being able to step into the pages of their favorite book and BE a part of the story? In The Neverending Story, Bastian Balthazar Bux is one of the lucky few who has managed that impossible dream as the silent partner in a quest to save the land of Fantasia from being destroyed by the Nothing. Besides magic and adventure, the story does a good job of driving home the importance of reading and imagination, two things we should never grow out of.

One of my favorite characters in this movie is Falkor, the luck dragon. (I fully intend to name a dog after him one day.) Poking around the internet this week, I was so excited to find this pattern to make your own Falkor! It has been favorited, and perhaps one day when my sewing machine has a permanent home, it will be purchased and made.

And, as you know, music is a thing with me. The Neverending Story boasts a fantastically overly-synthed ear-wormy theme song that, until this week, I thought was performed by a woman. Imagine my delight when I discovered the SPACTACULAR music video which not only contradicted my original assumptions, but left me asking myself, “What the heck did I just watch?”

The mullet! The feels! The cheesy CG! It cannot be unseen, yet I cannot look away.

Careful readers will notice that five of the six films above are based on books. And the only one NOT originally based on a book has since been turned into a book with an additional trilogy of novels that continue the story. (Hint: It rhymes with “pillow”.)

Coincidence? Maybe. Or maybe the best stories come from books.