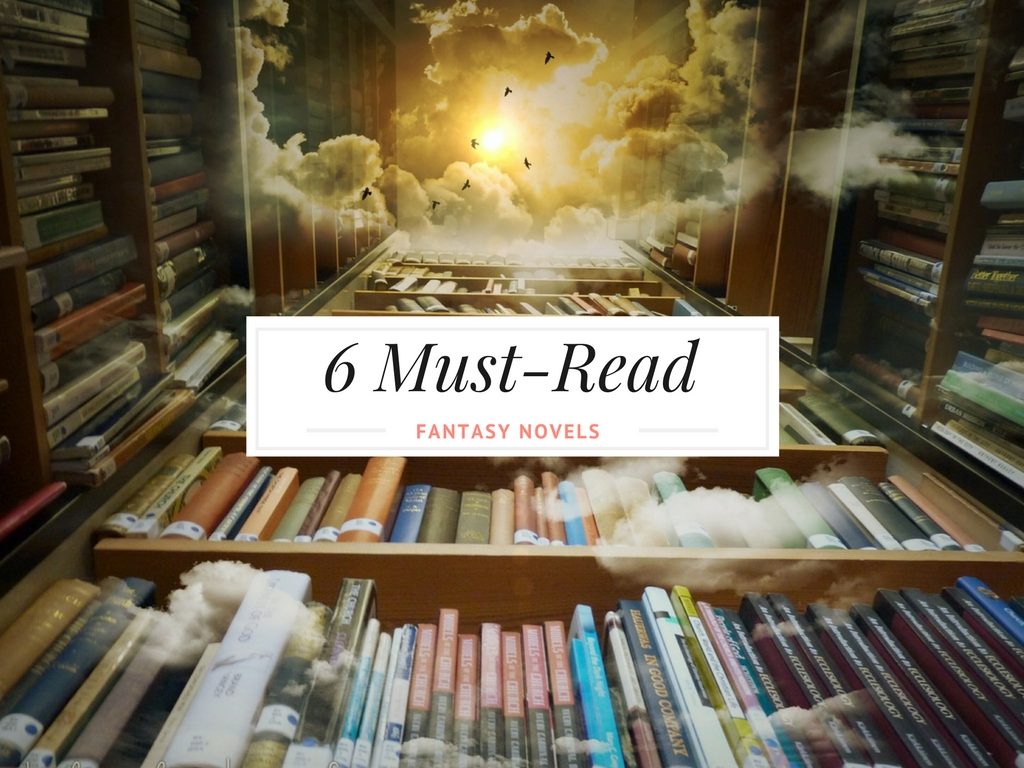 For me, the term “fantasy” covers a wide range of stories and settings – from J.R.R. Tolkien’s The Lord of the Rings to Madeleine L’Engle’s A Wrinkle in Time. Epic high fantasy purists may sneer, but I like my fantasy like I like my music: broad and varied.

Allow me to direct you to a few of my all time favorite fantasy novels, some classic and some new.

The Princess Bride by William Goldman

If you’ve only ever seen the movie, READ THE BOOK.  As fantastic as the movie is, the book is so much more. What happened before Vizzini found Fezzik “unemployed in Greenland”? And how exactly did Buttercup become the most beautiful woman in the world? With an evil prince, a giant, a man in black and a fair maiden, it’s a perfect mawidge of humor and adventure that “pits country against country, good against evil, love against hate.”

I have the 25th anniversary hardback sitting on my bookshelf, which also contains the first chapter of the sequel, Buttercup’s Baby. Considering this edition was released in 1998, and the first chapter is still all we have, I’m not holding my breath for more.  But, if Mr. Goldman ever gifts us with a complete sequel, I’ll be picking up my copy on release day!

The Lion, the Witch, and the Wardrobe by C.S. Lewis

The Pevensie siblings have been sent away to the english countryside to avoid the London Blitz of WWII. While exploring their new residence, they discover the land of Narnia, full of fantastical creatures and magical enemies, through the back of an old wardrobe. With the help of of an ancient savior, they face enemies both in Narnia and within themselves.

Lewis spun a beautifully rendered allegory of Christ’s death and resurrection in this timeless story of love, sacrifice and redemption that speaks to young and old alike. I remember falling in love with this book as a young girl, and being so excited to discover it was just one book in a whole series. There are only a handful of stories that are as enjoyable in your adulthood as they were in your younger days. The Lion, the Witch and the Wardrobe is just such a story for me.

“Down the Rabbit-Hole”, begins Alice’s adventures, and once they start, there’s no turning back. A revolving cast of eccentric characters, some magic-like, and others just plain bizarre, lead Alice through her dreamlike, and sometimes nightmare-like, trip through Wonderland.

This is another childhood favorite that required a second (or third, or fourth…) reading. Lewis has cleverly inserted so many witty and satirical things that flew right over the head of 9-year-old me. Case in point: the caucus-race, lead by a dodo, in which all participants run in circles and never actually get anywhere. And that’s just in the first few chapters.

And, like my two previous recommendations, this book has been made into a movie. Multiple times. It’s been the inspiration for a short-lived television series, plays, restaurants, and thousands of tea parties. But, just like I encouraged you to do earlier, if you haven’t done so yet, READ THE BOOK.

Saira Elian is a street-smart, graffiti tagging, parkour expert whose mother has gone missing – again. She also happens to be a time traveler, which is how she winds up in Victorian England making the unexpected acquaintance of Jack-The-Ripper.

This book ticks all the boxes for me: kick-butt heroine, time travel, fantasy, history, and a dash of romance. And Ms. White has done an excellent job of crafting a story that blends fiction with well-researched historical fact.

Marking Time is the first in a series of 4 books (and one short story), and it’s free to download from all the usual places. Book 5, the final installment, isn’t out yet, but I can’t wait to get my hands on it.

This modern-day fairy tale, inspired by the legend of Brigadoon, follows two besties who find themselves transported to Doon, a land of bounty and beauty ruled by two handsome Scottish princes. But there’s trouble in paradise.

I love the dual perspective this book offers with chapters told alternately from Veronica’s and Mackenna’s points of view. And the theatre geek in me ate up all of the references the artsy Mackenna made to musicals. I don’t know about you, but sometime my life is very much like a musical – singing, dancing, drama and all. The only thing Doon lacks is Gene Kelly (*sigh*).

Doon is the first in a completed series of 4 books.  The final book, Forever Doon, released just two months ago.

Yelena is a survivor. When we first meet her, she’s a skin-and-bones whisper of a woman in a dirty dungeon awaiting execution. But her sentence is waived when she agrees to become the Commander’s food taster. Under the tutelage of the Commander’s chief of security, her education in poisons begins. And it’s not too long before her emerging magical powers begin to complicate matters even more.

Again, we have that kick-butt heroine I naturally gravitate towards. Yelena is put in harms way time and time again and manages to keep surviving, keep pressing forward, overcome her past and rise above her circumstances. She’s one tough cookie. I also love the way the use of magic is described in Snyder’s world.  It’s very tangible and well thought-out.

Poison Study is the first in a series of 3 Study books.  The Study series also makes up the first part of the Chronicles of Ixia which include the Glass series and Soulfinder series, as well as a handful of short stores/novellas.

A word of note: I have often seen this book classified as YA, however I believe this is a misclassification.  It is my understanding that Ms. Snyder wrote the Study series as adult fiction, and it definitely reads as such. Due to the graphic nature of some of the scenes Yelena endures, I could not comfortably recommend this book to a younger reader.

Now go! Read something new! And if you love any of the stories I’ve mentioned here and want to fan about them, or if you want to recommend something of your own, please leave me a comment.