Nadja’s Uncle Tau might be a man of few words, but he has a big impact on her story in Inharmonic. And what’s his story anyway? Hmmm.

We do know a few things about him. He left the Wanderers before Nadja was born and changed his name when he came to Cantio. After years of working as a barge captain, he inherited Montgomery & Co. along with its gray-feathered namesake, when it’s founder passed away. He also has a penchant for tea.

While in the office Tau always keeps a kettle at the ready. So, when the niece-he’d-never-met showed up in front of his desk one afternoon, he reached for that stabilizing, fortifying, calming constant, and offered her a cup of tea. And now, you can have a cup, or two, too.

Thanks to the talented experts at Blend Bee, one lucky winner of the Inharmonic Book Birthday Giveaway will get to enjoy some of Tau’s Tea! Tau’s Tea is a custom blend of the tea Uncle Tau serves to Nadja upon their first meeting. It’s caffeine-free, delicious, and will be the perfect mate to the Music is Magic coffee mug.

Want to know how it tastes? Check out the Inharmonic excerpt below to find out. And don’t forget to enter the giveaway! 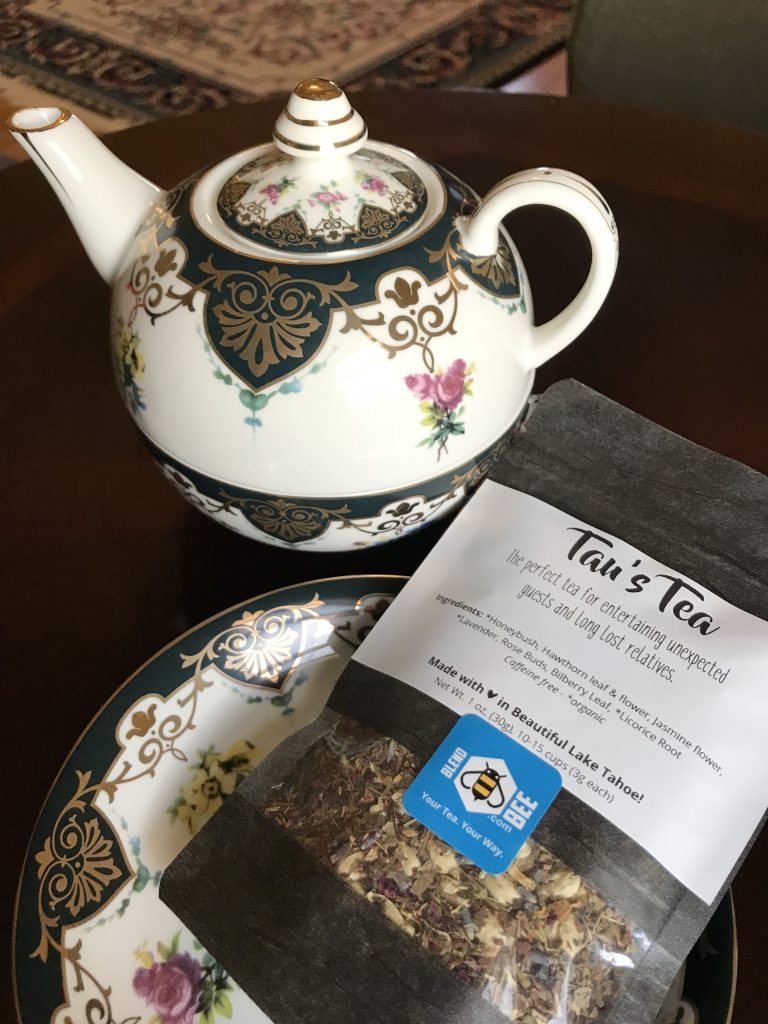