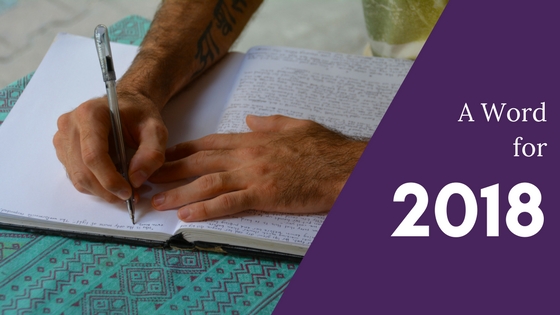 Here it is: The obligatory New Year’s post you’ve all been waiting for!

I don’t do New Year’s resolutions. I don’t like them. The new year brings with it this bizarre sense that the next year is somehow a do-over filled with infinite possibilities. We approach the Resolution Season like a starved person at a Las Vegas buffet, wide-eyed and filling our plates with way more than we can handle. These resolutions are too often overreaching, and more than not, end up in failure and disappointment. I think there are two reasons for this.

One: Resolutions usually focus on the end result. It’s all well and good to say “I’m finally going to write that novel this year.” Great! How do you plan on doing that? What makes this year different than last year?

Instead of focusing on the result, focus on the process, and start small. “I will write 1000 words a week.” or “I’m going to write for at least 20 minutes, three times a week.” Breaking down the end result into small, actionable steps, means that your ultimate goal isn’t an all-or-nothing thing, and that helps keep you motivated.

Two: Resolutions/goals get confused with wishes. “I’ve always wanted to write a book.” Have you ever heard anyone say that? This is a common response when people learn you’re a writer. I personally think that’s a fantastic goal! But is it really your goal? Or is it just a wish?

Fortunately, you can determine the difference with one simple question. Are you doing the work? If the answer is YES, then I wish you all the best in achieving your resolution! If not, it might be a good idea to reevaluate whether or not your resolution is really a wish in disguise.

Now don’t get me wrong. I’m not poo-pooing self-evaluation and goal-setting. It’s something I do frequently throughout the year. It’s important. In fact, I even go so far as to include timelines and deadlines for many of my goals. Which reminds me, I’d better get on that . . .

But at the beginning of the year, I like to keep it simple.

At the beginning of 2017, I participated in the #IGAuthorLifeJan Instagram challenge hosted by the lovely Juliana Haygert. The prompt for day three was, “A word for 2017.” Instead of a list of resolutions that may or may not be met during the coming year, one word. 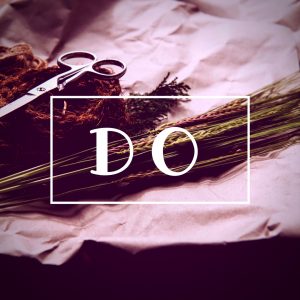 I chose “DO.” These two letters pack a big punch, and I returned to them time and time again over the course of the year. When self-doubt or laziness set in, when the creativity wasn’t flowing like I wanted it to, when opportunities came up and I asked myself, “Should I?” DO was the word that guided my approach to 2017. I started 2017 as an unpublished author, and ended it with a published novel, novella, anthology, and short story to my name. I couldn’t be happier!

So, I’m making it a tradition. A word for the new year. 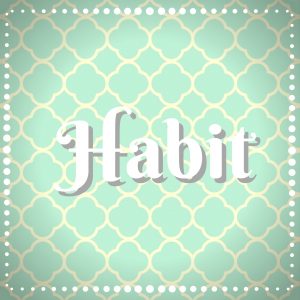 Habits are where everything begins. This year, I want to incorporate productive behaviors into my normal routine such that they become habits – something that’s non-negotiable and so ingrained into my daily life that I don’t even have to think about it. It just happens. Like brushing my teeth.

Here are a few specifics I have in mind:

Incorporating these new habits should lead to increased productivity and better overall physical, mental, and spiritual health. And, as a result, should go a long way in helping me meet my writing goals for the coming year. We’ll see how it goes!

How about you? If you could choose one word for 2018, what would it be?