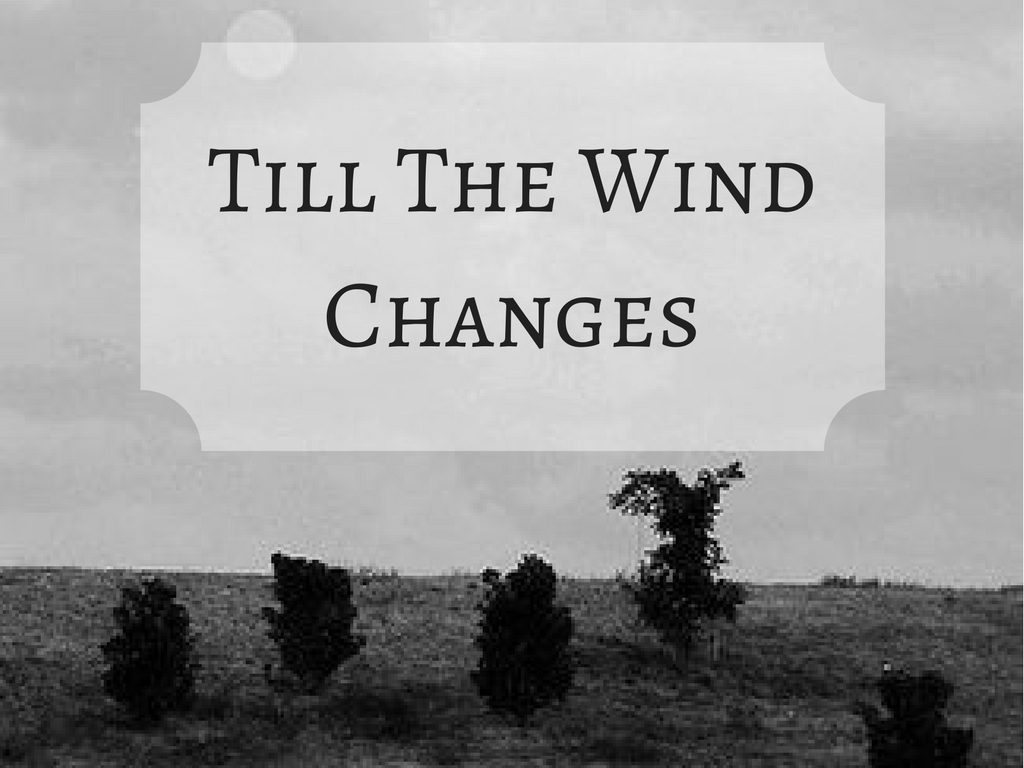 Things have been quiet around the blog lately.

But that’s the calm before the storm. 🙂

My recent absence can be attributed to two things:

Flash fiction is like a good chocolate truffle – a complete experience that’s delicious and consumable in one bite.

This was my first try at flash fiction, and I really enjoyed it! Rosalie over at Penprints provided the prompt, and it was a good one. She’ll be posting a wrap-up of all the entries over on her blog on June 5. Go check it out!

In the mean time, I hope you enjoy my entry! 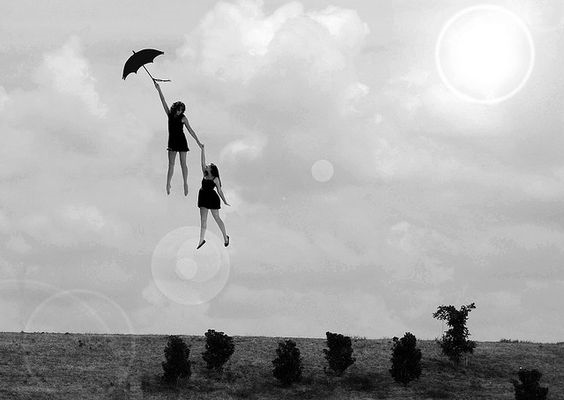 Till The Wind Changes

The carpetbag sat at the front door of the cozy home like the world’s most pitifully disguised time bomb. She hadn’t even bothered to unpack it. The wind had already shifted, and the summons was waiting when she returned. Sometimes it came as a letter, other times as a whispered wish, relayed through whatever magic held her in its grip.

One night’s sleep, then back to it.

Mary tore her gaze from the bag and settled it on her daughter.

June’s whole body – the foot forward, the book clenched in her fists, the furrowed brow – implored her. But Mary shook her head.

There was no need to call it by name. They both knew to what she was referring.

The black umbrella with the yellow and green parrot-head handle stood propped in the corner, watching their discourse with a look of permanent disinterest.

June’s blue eyes, so much like her father’s, flashed with indignation. “Then let me go.”

“It’s not fair!” she shouted, hurling the book across the room. It crashed into a curio cabinet, shattering glass and china.

“We are not animals, and I will not tolerate you acting as such. You will keep your temper.”

“What does it matter?”

And indeed, within a matter of seconds, hundreds of tiny shards lifted off of the carpet, reassembled themselves and settled back onto the shelves as if nothing had happened.

“That is no excuse for your behavior, Jane.” Mary’s lips thinned as she caught her slip, but too late.

Without another word she stormed out the door.

She didn’t chase her daughter. It didn’t matter where June walked, she would wind up back at the house. Mary had discovered that for herself the first day the umbrella had brought her to this lonely outpost with an address of nowhere. That was the day she had relieved her own mother of the umbrella. It seemed a noble calling: helping children in need, mending families. All through the umbrella’s queer magic, of course, but it was nice to play a role. And despite the fact she had never seen her mother again, another one of the umbrella’s quirks, she’d enjoyed it in the beginning.

Until she met June’s father.

Until June was born.

The umbrella had gifted her five glorious years. Though it was only her and June, Mary was never lonely. The time she spent with her daughter was, and always would be, the most precious moments of her life.

The summonses returned on June’s fifth birthday, and Mary was grief-stricken. But the umbrella was not to be disobeyed. She had learned that the hard way.

The house, one of the umbrella’s many constructs, took care of June’s needs while Mary was away, but it wasn’t enough.

Of course Mary cared for the other children, and one family in particular, to whom she had been summoned time and again, and by whose eldest daughter’s name she had just addressed June. But, there was always a thread of resentment woven through all their interactions. Every moment spent with them was another moment stolen from June.

But now there was hope. Now there was someone willing to bind herself to the umbrella and set Mary free. Or so she hoped. One more visit should do the trick.

She reached up and felt the familiar bump under her blouse. Slipping the chain from her neck, she eyed the small circlet that dangled there.

She rubbed her finger across the delicate inscription, drawing strength from what it stood for: a steadfast love cultivated and nurtured every second Thursday as fate, or the umbrella, would allow. She slid the ring from the chain.

A warning tingle danced across her shoulders, and her gaze darted to the umbrella.

“Not in my house,” she said sternly.

The parrot’s glassy black eye merely stared back. But, as she slipped the ring on her finger, the feeling vanished.

The future was theirs.

The parrot’s eye seemed to follow her as she made her way to bed, holding fast to the hope that tomorrow would be the last time she answered its call.

The corner was empty.

“No!” she gasped, throwing back the covers and racing towards the half open front door.

She squinted as her eyes adjusted to the night and spotted a figure caught somewhere between girl and woman racing across the barren landscape.

“June!” The word ripped from her chest as her bare feet pounded the dry grass.

In one hand, she held the carpetbag. In the other—

Mary was almost to her. Just a few more steps.

June lifted the umbrella over her head. It popped opened of its own accord, and June’s feet lifted off the ground as a gust of wind swept her skyward.

Mary lunged for her daughter, grabbing the hand which clutched the carpetbag. The pain was immediate, surging up her arm and wrapping around her skull.

“Let go, June. Please!” Mary gritted out against the pressure, which increased as her own feet got further from the ground.

June called over the roar of the wind, “I have to go.”

“No,” panted Mary. Her heart shattered as her vision darkened around the edges. “You can’t.”

June shook her head and gave her mother an exasperated smile. “I’ll be back.”

Mary couldn’t fight it any longer. Her fingertips brushed the rough carpet as June’s hand slipped from her grasp, and she fell to the ground.

6 thoughts on “Till The Wind Changes”