For those of you following me on Instagram, you may have noticed I’m participating in the hashtag #IGAuthorLifeJan, an IG writer’s challenge organized by New Adult fiction author Juliana Haygert. 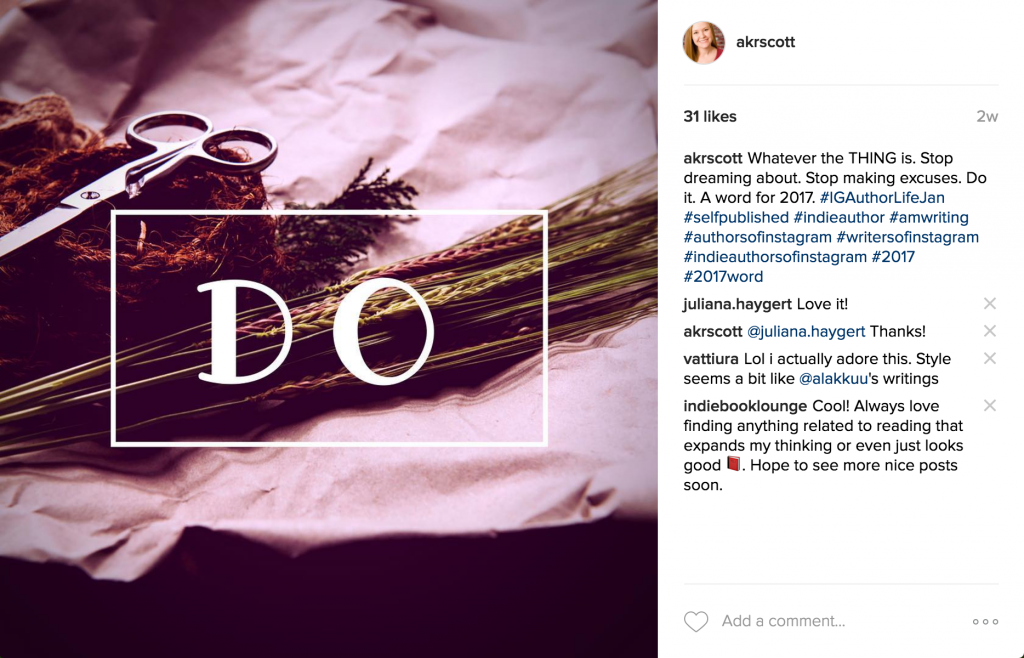 When I began writing Inharmonic, it was on rare days when my girls were visiting their grandmother, or in those too-few free moments snatched up as they flew past me on a hectic day. I had no set writing schedule. No time dedicated to making progress on my story.

And to be honest, in the beginning I was writing for myself, with no plans to publish.

But once I said yes to publishing, I had to make some changes. Otherwise I’d be chipping away at that story for who knows how long.

I started by making a list of writing goals for 2016 – chief among them: “Finish Inharmonic.” There’s something about a deadline that lights a fire under your bottom. 🙂

It can be hard to set aside time to chase your dream. Between work, family, activities, etc., it’s easy to say, “I just don’t have the time.” But listen up. I’m calling shenanigans on that right now. You can find the time. You can make the time.

You can DO the THING. 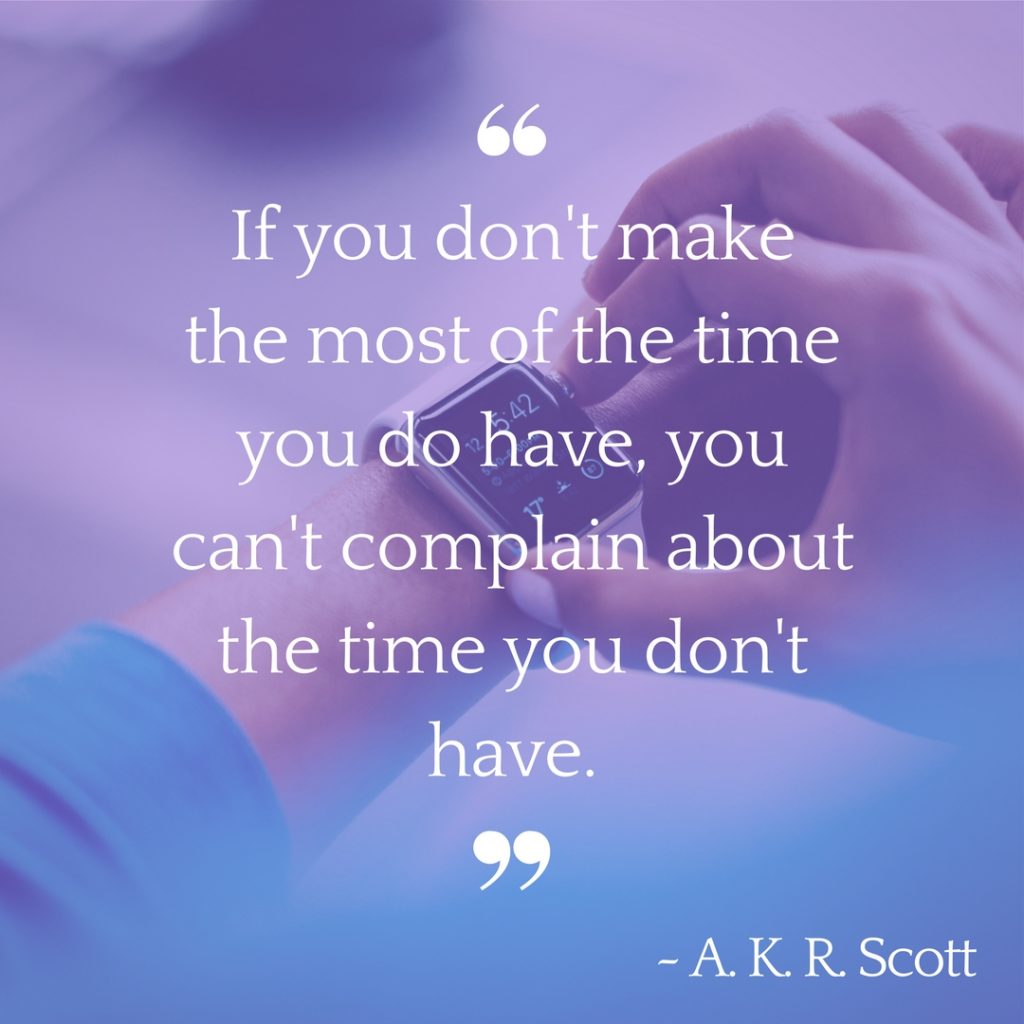 That’s not to say you won’t have to sacrifice something.

I started by dedicating my little ones’ nap times to writing time. So what got sacrificed? Housework.

My house does not get cleaned as often as it used to – not nearly. Sometimes we run out of clean spoons because the dishes pile up in the sink. Now, I’m always playing catch-up with the vacuuming, dusting, laundry.

Then, as little ones grew and changed, nap times became unreliable. I began writing at night after the girls were in bed . . .

. . . and quickly discovered my creative writing energy is at about 5% by that time of day.

So, I moved writing time to the wee hours of the morning. I go to bed early, get up early and get in a few solid hours of writing time before the rest of the house wakes. I sacrifice hanging out in the evenings with the hubs, and if I don’t get to bed early, sleep.

But you know what? I’m happier, less stressed, a better wife and mom, because I’m making the time to nurture my creativity and DOing my THING. 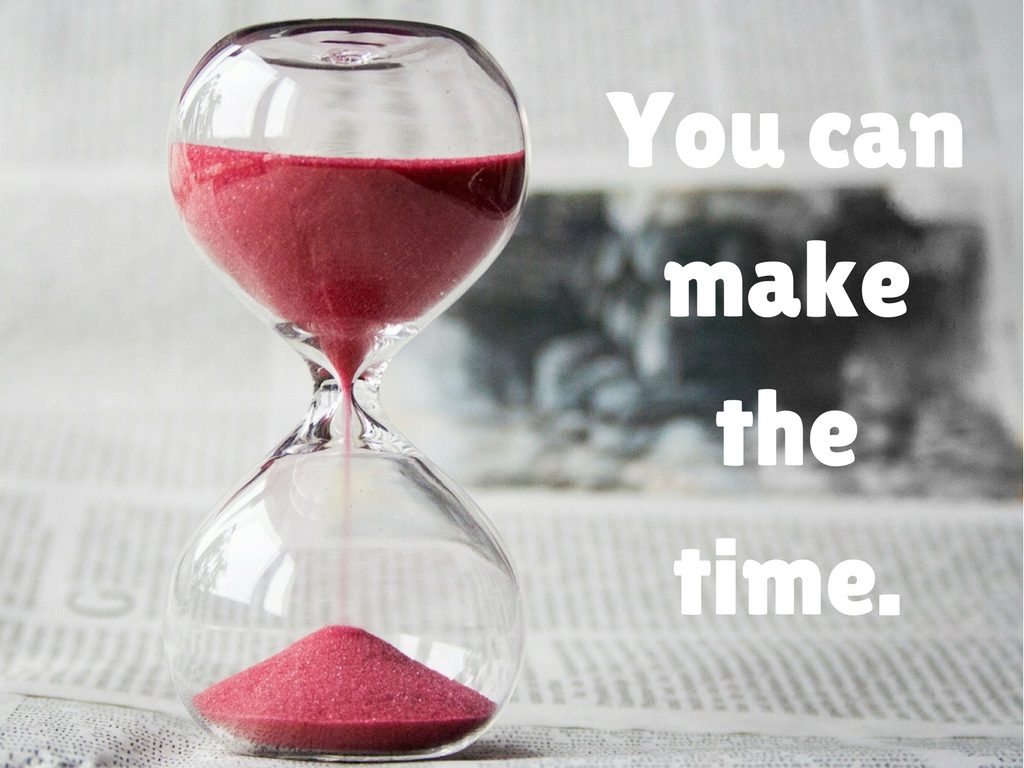 And I did it! I finished the book, the editing, the pre-publication stuff before the end of the year, and Inharmonic went live on January 5 of 2017.

It took more than wishing and hoping (and thinking and praying) to make that dream a reality.

I’ve heard it said, “People do what they want to do.”

What is your THING? And how badly do you want it?

Leave me a comment and tell me how you make time to pursue your dreams and goals!

2 thoughts on “Do The Thing”