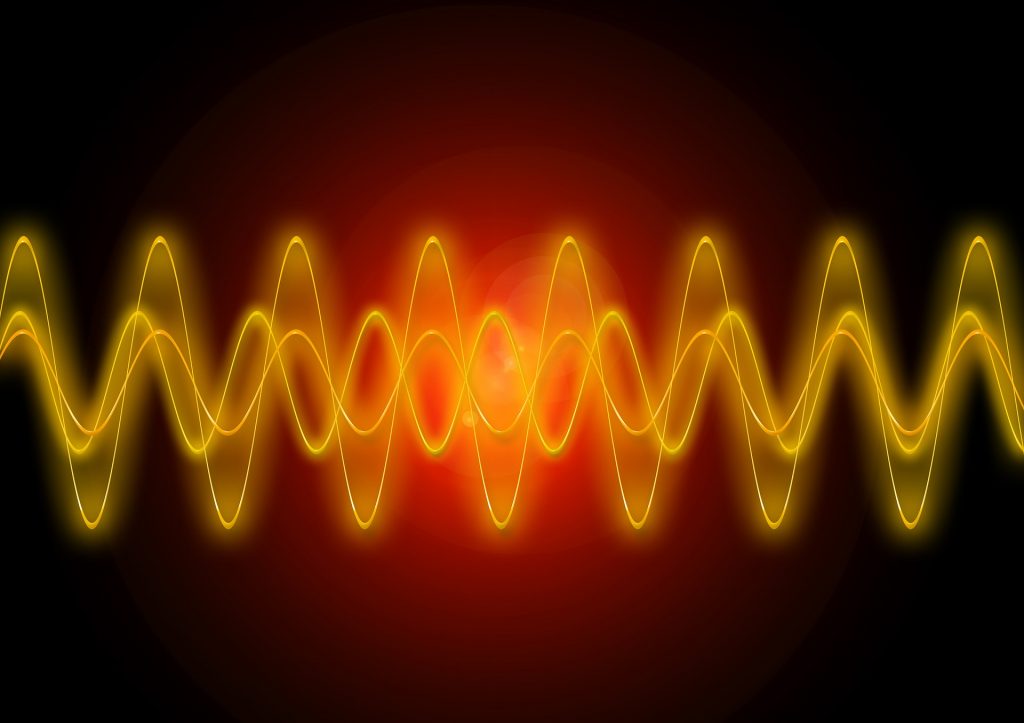 Researching acoustic or sonic levitation quickly leads down a rabbit hold that plunges from science, to pseudoscience, to hearsay to conspiracy theory in under five minutes. It’s all fantastic for me since I’m not writing a text book. But, for the purposes of this post, I’m sticking with confirmed scientific fact.

To boil it down with my non-scientist brain, when an object is trapped between an area of high pressure (below) and an area of low pressure (above) in a standing wave, and the object isn’t heavier than the net force of the wave, acoustic levitation will happen.

Some smartypants argue that it isn’t actually levitation, but suspension that’s taking place. But come one. LEVITATION! It sounds way cooler.

According to this article from Live Science, researchers have already expanded on this idea and created a “sonic tractor beam” that can not only levitate objects, but move and spin them as well.  How excited does this make my inner Star Trek geek??

Check out this video for a more detailed explanation on how exactly acoustic levitation works, as well as some cool high-speed camera footage of what happens when you turn the amplitude of the waves up too high:

I don’t know about you, but if they ever make this big enough and powerful enough for me to float around in, I’ll really need to trust the guy with his finger on the amp knob.

(Okay, so honestly, if it is big enough and powerful enough for me to float around in, it’ll probably make me explode regardless.)

Acoustic levitation only makes a brief cameo appearance in Inharmonic, but I expect it’s something I will definitely be revisiting in future books.

In the mean time, if you have an extra $149.00 just lying round, you can buy your own “Sonic Levitation Machine” here.