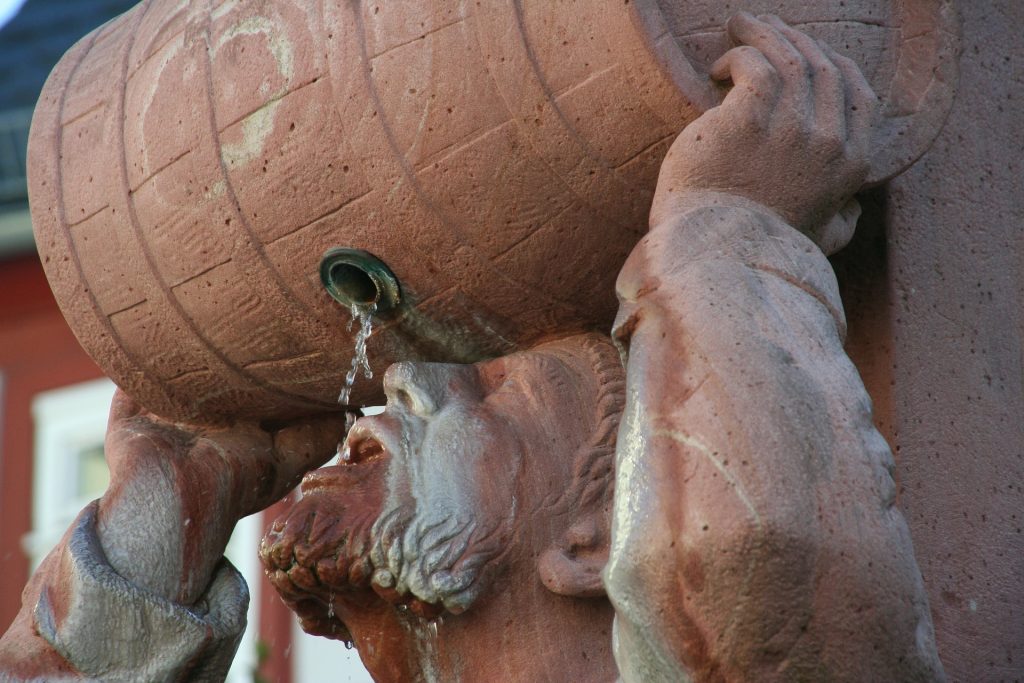 When I first set out to write Inharmonic, I knew I wanted to base it around the idea that music has power. On the first page of my notebook I wrote in big, bold letters:

“Music has the power to create real and tangible change.”

Even though my story is a fantasy, I wanted to base as much of the music-is-magic element as possible on actual acoustics. And while I am a life-long musician, I’m no acoustician. So, as I began my research in those early days, I went where my curiosity led me. And it led me all over the place!

This post is the first in a category I’m calling “Music in Action.” I want to share with you some of the neat things I’ve discovered which have helped inspire the world of the Music Maker series. You’ll be able to find other posts along this same line by clicking the Music in Action link at the bottom of the post.

Music and food pairings, or, as in today’s case, music and beverage pairings, are nothing new. Beer and Blues, cabernet and Classical, margaritas and Mariachi. Some things just naturally go together. And this Wired article, which highlights a study by Adrian North of Heriot-Watt University, suggests music can directly influence your tastebuds, causing the listener/taster to have different tasting experiences of the same wine, depending on the type of music playing in the background.

Other brewmasters and vintners prefer a more direct approach when infusing their beverages with the power of music. 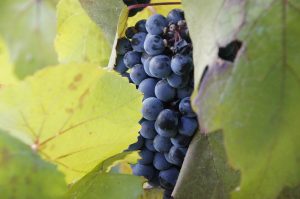 At DeMorgenzon Winery in South Africa, they play Baroque music to their vines and wines continually. Based on both research and anecdotal evidence from the mid to late 20th century, the folks at DeMorgenzon believe that playing soothing music to plants helps them to grow faster, bigger, and stronger. They chose Baroque music due to its harmonious, mathematical nature. They have an excellent section of their website dedicated to the science of sound and how it relates to water and plants in particular. And they even have a playlist, so you can enjoy the same music their vines do. 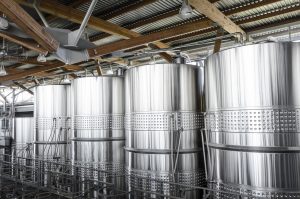 The Austrian wine producer Sonor Wines focuses their musical application on the fermentation process. Their steel fermentation tanks are outfitted with special underwater speakers which deliver a steady stream of melodic vibrations to the must. Basically, the idea is that the vibrations bring the sugar to the yeast cells, so the yeast can spend less time looking for sugar and more time eating it. According to their website, the resulting wine has less sugar content (and thereby, more alcohol), is more flavorful and easier to digest. Check out this article for more details on the theory behind the process. 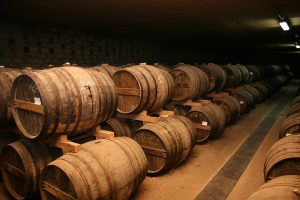 Here in the good ol’ US of A, Copper and Kings brandy distillery uses music during the aging process much like Sonor Wines does, but with a slightly different intent. Copper and Kings has 5 large subwoofers installed in their maturation cellar where it’s all about that bass. Using a process they term “Sonic Aging”, the vibrations from the pulsating bass keeps the liquid within the barrels moving which, according to Copper and Kings, causes each alcohol molecule to come in contact with the oak more often, allowing the molecules to absorb more flavor from the oak. Since a steady pulse is the name of the game, Copper and Kings eschews the Baroque music preferred by DeMogemzon winery in favor of rock ‘n roll.

When it comes to music’s effectiveness in transforming alcohol from something good into something great, most scientist seem to land on the side of skepticism. But if North’s study holds true, perhaps just knowing your beverage was infused with your favorite tunes improves the flavor.

I love this! As I said, I’m not an acoustician (or chemist, or vintner), but these ideas sound great in theory. And, yes, they do make an appearance or two in Inharmonic. Take a look:

What do you think about music’s ability to make a better beverage? A breakthrough in oenology, or pseudoscience?